Dementia is not a memory damage,
but a complete recovery for it,
giving up all that does not matter for it,
giving up what matters to others,
what they call “collective memory”,
Is its return to the original memory only
that this existence is frightening and amazing.

Dementia is a sudden rebound of childhood, only with many wrinkles.

We begin to die when we are no longer able to fill ourselves more of this world,
when there is no more space for more memory, in the brain rooms,
It begins to save them in the cells of the body,
and because memory is just a concentrated pain,
cells begin their extinction.

Each excess memory is malignant cancer.

Cancer is a complete poetic
is unique in making the cell turns against its “function” in favour of itself,
fighting for its end.

This world,
is a monster with seven billion fangs,
and what’s frightening that they, instead of falling,
multiplying at every moment,
and each fang is a beast in itself.

To become a pleasant boredom,
become a sea,
become that short-lived zesty idleness in a wave life cycle,
that concealed whining, by water, of a female whale, burying her calf in the deepest caves of the ocean,
just that, perhaps,
the only reasonable metaphor of “immortality”

And other animals, do not speak, do not utter,
not that their brains did not develop enough to produce language (though true),
but because they know the secret,
the secret we have lost as human beings since we began to speak.

– Oooooh, is it necessary to be raining tomorrow !!??
– Is it, fundamentally, necessary a tomorrow to be??

This site uses Akismet to reduce spam. Learn how your comment data is processed. 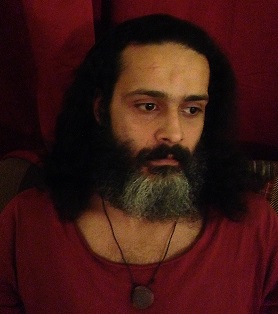